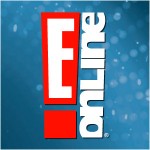 If there was ever a time for Ashley Hamilton to take on his dad, George Hamilton, in the tanning department, it’s right now.
The younger Hamilton, 34, says he’s more than willing to be spray-tanned for his stint competing in season nine of Dancing With the Stars.
“He was so tan, they had to untan him on the show,” Ashley cracks about his 70-year-old famous father, who competed on DWTS in season two. “But I’m sure by week one, I’ll be just as tan. I’ll finally get the family crest.”